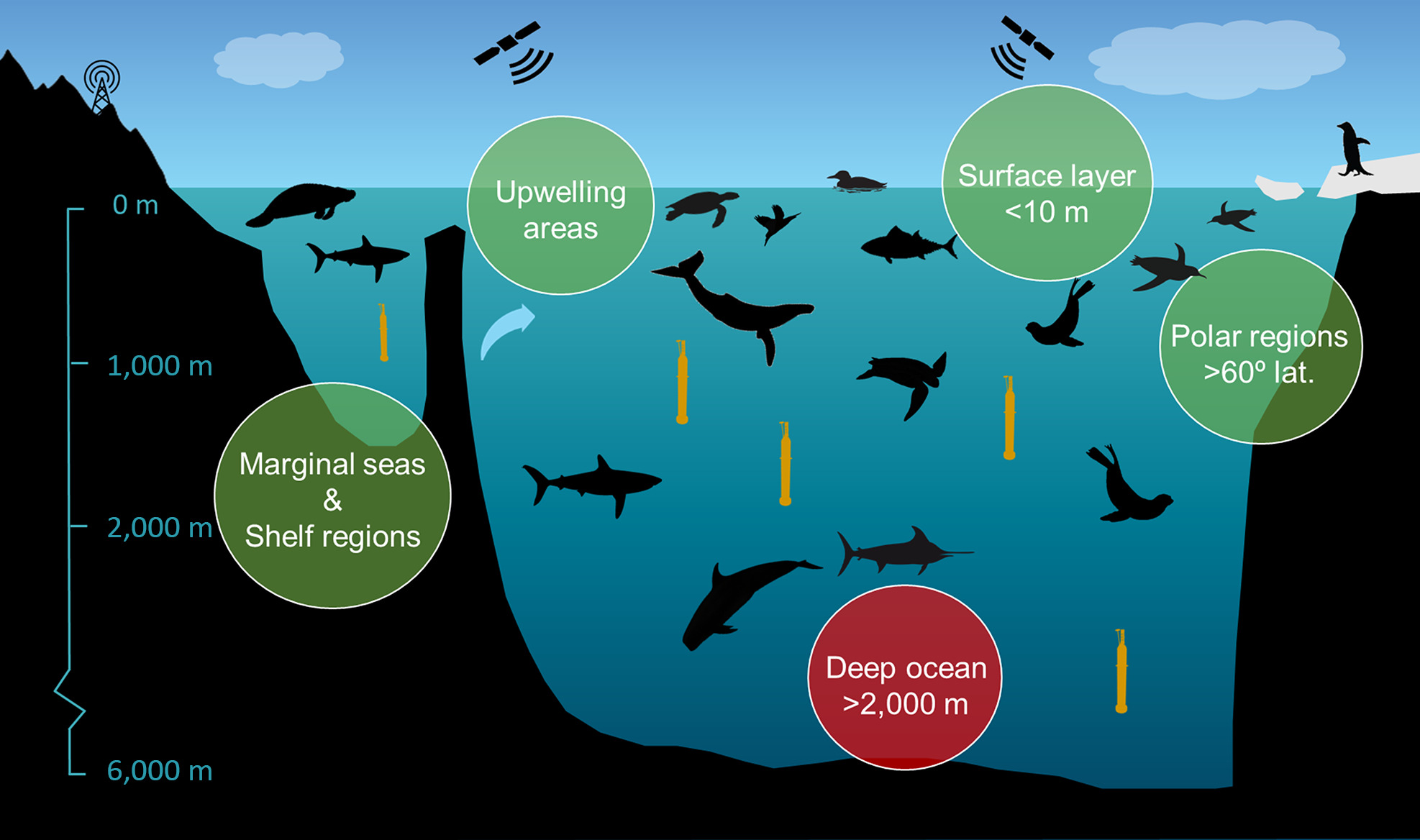 The automated Argo array has been measuring the ocean only since 1997. Marine animals have been monitored using Argos nearly from its beginning in 1978, and are carrying environmental sensors for slightly less time, but years now. Both measurements can be complementary, using existing data to fill in gap in the array.

The Argo global array of free-drifting temperature and salinity profiling floats achieved its target of 3,000 active floats in 2007 and has increased this number to more than 4,000 since then. However, despite this, large areas of the oceans are under-sampled, such as the ocean under 2,000-m depth, high latitudes, upper 10 m, shelf regions and marginal seas.

Instrumenting animals with satellite telemetry transmitters has been done for a number of years in particular using the Argos system, managed by CLS, to gain knowledge on their ecology, assess species vulnerability to environmental changes and/or species distributions. Nowadays, those transmitters also enable to measure variables such as temperature, conductivity, luminosity, oxygen and chlorophyll, data which are also retrieved by the autonomous robotic platforms.

Eight major species groups (tuna and billfishes, sharks and rays, marine turtles, pinnipeds, cetaceans, sirenians, flying seabirds and penguins), representing 183 species and more than 3,000 individual animals, have been used in a study to assess the potential of animal borne instruments to fill the gaps of the Argo array. Such use of animal-borne sensors has been previously done quite systematically in the polar region (notably with elephant seals).

This study shows that the main areas where animal-borne instruments can contribute are marginal seas and shelf regions, upwelling areas, but also the upper 10 m, and poleward of 60° latitude.

The ocean observing system in all those regions of the ocean would greatly benefit from using such data in addition to the automated instruments currently used.

About the research team

This study was led by researches from the Centre for Ecology and Conservation at the University of Exeter with the collaboration of the Balearic Islands Coastal Observing and Forecasting System, the University of St Andrews, the Mediterranean Institute of Advanced Studies and the Spanish Institute of Oceanography.

The Argo program is an international ocean observation program that provides crucial data about the world’s oceans for oceanography, meteorology and climate studies. A few weeks ago, the Argo program reached an important milestone of over 2 million ocean profiles (measurements of temperature, salinity and pressure) collected since 1999.

CLS is the exclusive provider of Argos for any kind of platform, including robotic instrumentation and animal-borne sensors. Today, CLS provides both Argos and Iridium satellite telemetry services to the Argo program.