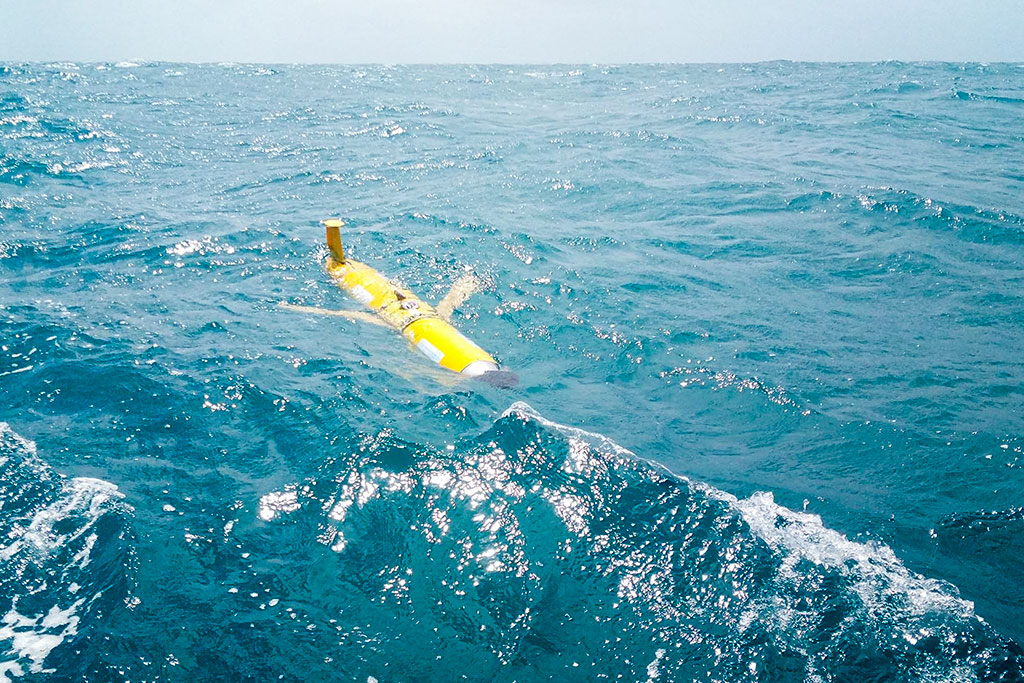 In March, glider U287 was deployed off the Northeast Australian coast, in the Coral Sea. After 8 days at sea, the glider started showing signs of a faulty altimeter. Then the pilots lost contact with the glider. For two weeks, no signal was received at all and the glider team was beginning to panic. But on April 1st, glider U287 resurfaced, and started sending sporadic positions via the Argos satellite backup system integrated by the glider manufacturer.

By April 3rd, U287 was sending regular positions. It was approaching the coast. Its drift trajectory made it look like it would soon cross a major maritime shipping route (bounded by the red fence in the image to the right), at its own risk and perils. But the weather was so foul that it would have been unwise to send out a rescue mission. Luckily, the tide changed, slowing down the glider’s trajectory and keeping it away from the shipping lane and giving time for the weather to improve. 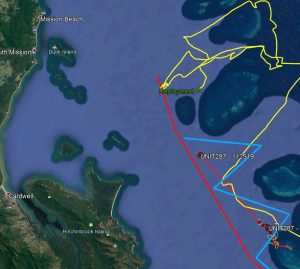 On April 4th, the weather improved enough for the Ocean Glider team to send out a rescue mission. The team headed towards the last Argos position received by satellite. Onboard, the team had their Argos goniometer/direction finder, a sophisticated device which makes it possible to receive Argos signals from the backup transmission system directly (within a 100 km range).  The team programmed the goniometer to receive data from the missing tag before leaving shore. About 10 kms out, the team picked up the first signal from the tag despite the choppy seas.  The goniometer received regular pings (every 90 seconds) from the Argos tag, guiding the rescue team towards it.

At last! Glider in view! As the team narrowed in, a cargo ship loomed ahead. Suspense. Could they have made it this far only to watch the lost glider get smashed? The team waited anxiously for the ship to pass. After a minute and a half, they received a ping from Argos, the glider survived! The glider was floating low in the water when the pilot scooped it out of the water and carried it to safety.

Thanks to the goniometer, they were able to recover the glider quickly before another cargo ship passed, putting the vulnerable drone in danger again.

When all else fails… Argos carries on 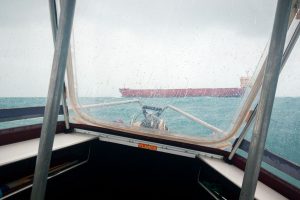 The logs told the story. It looks like the glider had developed a faulty altimeter and was in the corner of a reef passage where tidal streams were high. It was probably pushed into water shallower than the dive depth & hit bottom due to the faulty altimeter, then got stuck under a ledge. It exhausted the main battery trying to get out. Later, probably some bad weather dislodged it from the ledge and allowed it to float to the surface where the Argos backup tracking pinger was still operating on the emergency pack.

Thanks to the redundant tracking systems built into Slocum gliders, the Argos goniometer/direction finder, and the charter boat company, the Ocean Glider team was able to recover their precious equipment and all of the valuable data that it stored.

Today, glider U287 continues to record what’s happening in our oceans for IMOS. 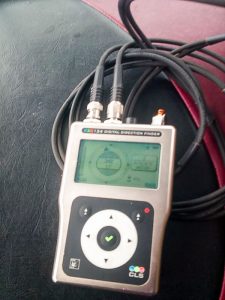 About the Argos goniometer

The Argos goniometer,  which has a long experience in equipment rescue, has been designed by CLS to specifically allow users to find active ARGOS PTTs in the field. Depending on the altitude and the reception conditions the goniometer can detect all transmitting platforms within a radius of 100 km or more.

This highly sensitive direction finder is an excellent tool for the field recovery of expensive ocean equipment using Argos as a backup communication system. Some glider manufacturers integrate Argos tags in their gliders for this purpose, or Argos tags can be attached to the antenna in case of malfunctions of the main communication system.

This equipment is also useful for finding any Argos transmitters in the field, including animal tracking tags, such as bird tags and pop-ups, or any Argos-equipped ocean platforms.