An international rescue effort for an educational Argos ocean buoy 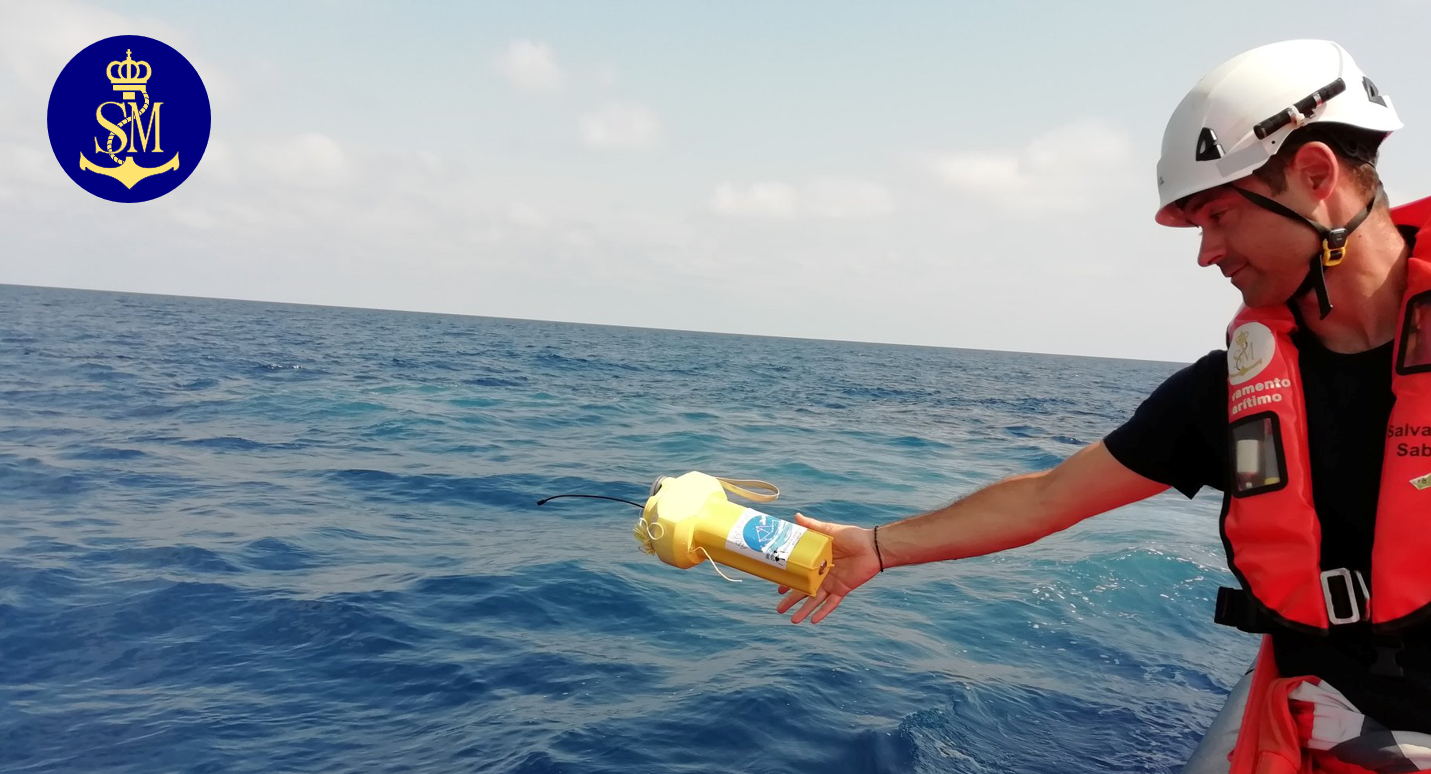 An Argos ocean buoy deployed off the coast of Banyuls, France, in May 2019, showed up on a Spanish beach in July – along with approximately 30 million tourists. The buoy, deployed within the French Space Agency’s Argonautica project, in collaboration with students and teachers from the Lycée Alexis Monteil, was designed to study the Liguro-Provençal current. An international rescue effort has helped the buoy get back to its principal mission, ocean observation.

From the Liguro-Provençal current to Spanish beaches

In the framework of the Argonautica educational project, teachers and students from Lycée Alexis Monteil in Rodez, France, built five experimental Argos buoys. Their objective: to study the Liguro-Provençal current.

On May 7, 2019,  the latest of these buoys was deployed off the coast of Banyuls, France, a town close to the Spanish border. Argonautica also launched a small yellow floating Argos buoy, named Pégase2019, to check and compare the paths. After two months’ at sea, having observed some interesting features still to be analyzed, Pégase2019 crossed the continental shelf and drifted to the Masbo de Moncofa Beach, near Valencia.

The Spanish Maritime Safety Agency (SASEMAR), created in 1992 is the Spanish Search & Rescue state agency, also in charge of pollution prevention and response as well as maritime traffic control and training. It forms part of the Spanish Ministry of Transport and Public Works. In this context,  SASEMAR is among the most significant end-users of reliable met-ocean information in Spain.

SASEMAR picked up the buoy at the Masbo de Moncofa Beach, and asked the Balearic Islands Coastal Ocean Observing and Forecasting System (SOCIB) for support. SOCIB is a Marine Research Infrastructure, a multi-platform and integrated ocean observing and forecasting system that provides streams of data, added value products, and forecasting services from the coast to the open ocean. SOCIB is thus a long-term Argos user and user of CLS’s Iridium telemetry services. They coordinated the effort with the Spanish Maritime Safety Agency (Jovellanos together with the MRCC Castellón), Argonautica project and Argos User services to redeploy the buoy on board of the SASEMAR’s rescue boat “Sabik” on July 26th.

Back to the beach

But the attraction to Valencia’s beaches was too great! After just a week,the buoy returned to shore, this time a bit North of the Port of Valencia – at Playa de la Arenas.

The Spanish Maritime Safety Agency (Jovellanos together with the MRCC Valencia, this time) fetched it a second time, SOCIB coordinating the operations once again, advising the Spanish Maritime Agency to deploy the buoy if possible off the continental shelf on late afternoon. Thus the buoy was deployed by helicopter “Helimer 204” on the 7th of August at 18h30, off the 200m-depth line, in the context of a routine training exercise of SASEMAR’s staff.

After another week of ocean observations, on August 15th, someone found  the buoy at sea and brought it to a  Nautical Club some 60 km south of Valencia. SOCIB was again notified, and the buoy is enjoying the Levante beaches while waiting for redeployment.

To the sea, at last!

Thanks to continued international efforts, the educational buoy will soon be back at sea and continue to collect data for the French Space Agency and students at Lycée Monteil. Thanks to everyone involved in this summer’s rescue efforts!

Argonautica is an educational project, developed by the French Space Agency, CNES, in order to raise awareness among young people about studying the marine environment using satellite data. CLS, as Argos service provider, contributes to this program.