Co-led by the French institute of marine research and exploration Ifremer and Sorbonne University, the NAOS project (Novel Argo Observing System) selected for the first phase of the EQUIPEX* call for projects initiated under the French government’s future investment programme held its final meeting on 17 September.

The project received €8 million in funding from the national research agency ANR and ran from 2011 to 2020, a 10-year development effort to give France and Europe a new generation of autonomous Argo floats designed to meet the future challenges of ocean observation.

With its 4,000 profiling floats that measure temperature and salinity across the world’s oceans from the surface down to depths of 2,000 metres, the Argo international programme, supported by some 30 nations, has revolutionized global ocean observation. It is the leading in-situ global array surveying the oceans in real time and thus a crucial complement to satellite data in monitoring, understanding and characterizing the impact of climate change on the oceans’ physical and chemical properties and on marine ecosystems.

A legal structure (Euro-Argo ERIC) was set up in 2014 to organize Europe’s contribution to the Argo array. This structure is coordinated by France and counts 12 European member states. France’s contribution is a very large research infrastructure (TGIR**) called Argo France, overseen by the French Ministry of Higher Education, Research and Innovation. Argo France handles coordination, purchasing and deployment of floats, data processing and interfacing with the user community. France contributes to about 10% of the global array and hosts one of the two global processing centres (the Coriolis Global Data Assembly Centre (GDAC) operated by Ifremer).

Sustaining the Argo array over the coming decades is a key science challenge. In his speech opening the 15th maritime economy conference, French President Emmanuel Macron himself underlined Argo’s importance for ocean and climate research.

New observing tools are also needed to deliver fresh insights into the role of the oceans in regulating Earth’s climate. To meet this need, NAOS has developed and validated a new generation of Argo profiling floats that are more robust, smarter, capable of carrying more sensors (notably for marine biogeochemistry) and reaching the remotest areas like the deep ocean (4,000 metres) and polar regions.

Building on the technical and scientific expertise of the NAOS consortium, three pilot experiments have been conducted:

The NAOS project is built on a strong partnership between Ifremer as project lead, Sorbonne University as co-lead, CNRS, UBO/IUEM***, the SHOM naval hydrographic and oceanographic office and private firms: CLS for satellite telecommunications and SME nke Instrumentation for industrial scale-up, production and marketing of Argo floats manufactured in France.

NAOS has served as a catalyst to consolidate and boost nke’s global competitiveness. Nke is today the number two manufacturer of Argo profiling floats in terms of numbers and active floats. Such strong growth represents a factor-of-two increase in the firm’s market share over the pre-NAOS period. Incorporating Argos-3 technology and analysing its performance for NAOS has proved vital for CLS in preparing its future satellite telemetry services (Argos-4, Kineis).

The future of NAOS: responding to the oceans’ role in a changing climate

On the back of the technological and scientific advances that NAOS has achieved, France is proposing to contribute to the new operational phase of the international Argo programme for 2020-2030 by extending it to the abyssal ocean (Deep Argo) and biogeochemistry (BGC-Argo).

This new phase of Argo will entail high scientific stakes for studying the oceans’ evolution and climate change, with a particular focus on the role of the deep ocean in the planet’s energy budget, the ocean CO2 pump, ocean acidification, deoxygenation and the evolution of ecosystems and living resources. It is also vital for operational ocean monitoring and forecasting by the European Copernicus programme and its marine service led by France (Mercator Ocean International). 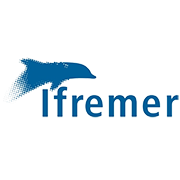 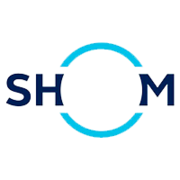